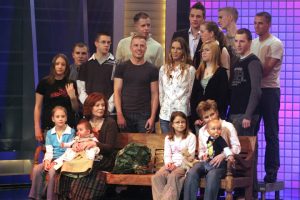 Well, it was bound to happen – some secret fertility doctor at some secret location has pushed the limits on the age of motherhood.  In an article out today, it is reported that a 65-year old mother of 13 children (ages 9-44) is pregnant yet again with quadruplets.

I don’t even know where to start with this.

But as an infertility professional with over 15 years in the business – I have to wonder what was going through the mind of the physician that did this procedure.  Most clinics in the United States have cut-off for treatment for women using their own eggs at around 45. In the cases of women using donor eggs, the physician may consider treating women up to ages 49-50.   In this case, and although it is pure speculation on my part,  there was likely an egg donor involved.  And for whatever reason, this physician chose to treat a 65 year old woman, who has increased risk for high blood pressure and gestational diabetes just for being pregnant, who is at a very high risk for pre-term labor and birth, pre-eclampsia, and fetal development problems, and who will quite possibly be a resident of the local old-folks home before the children ever finish high-school.

I understand the desire to have children – I’ve helped hundreds of babies get their start in the world through IVF and know that every single one was a most wanted child.  And I understand giving up the ghost on the idea of having anymore. Certainly, there are days when even I think, “Maybe one more…”.   But I’m a 44 mom single mom of three, and it’s just not meant to be.

And maybe is shouldn’t have been meant to be in this case as well.